Blacks Built This Country Like The Horse Settled The West? 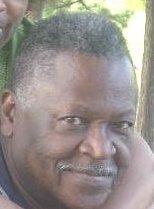 There's a video making the rounds of social media that deigns to explain that it wasn't slavery that destroyed the Black family, it was government designed suppression and oppression of Black people on a scale reminiscent of old West roundup of thousands of wild horses to be tamed and used to help settlers conquer the frontier.

It certainly is DEEP! You'd need hip boots to wade through shit this deep!

This message was posted on MESSENGER and hope it would go viral before “They” had a chance to take it down. Well, lets just see.

I asked, “Why can't you put it on Facebook? I'm gonna try it and see if it can go viral, because I want my response to go along with it”.

What IS scary is if Black people believe this! Think about it, folks, if "They " closed the factories, did they stop us from starting our own factories? When "They" took away the job training in schools, what stopped us from starting our own schools? Blacks started schools and became wealthy business owners during the most racially oppressive period of our history. Did Whites suddenly wise up and begin this magnificent campaign of suppression in 1970?

This entire speech was delivered from the perspective of someone who apparently believes that Black people are just tools, with no ability to create their own businesses, think their own thoughts, make their own decisions, handle their own affairs. Were Black people forced (or led) to do drugs, have a 70% out of wedlock birthrate, depend on government aid, kill each other off at a higher rate than the Klan could ever hope to match?

The money the "Black people with money" used to finance the civil rights movement would have been better used financing Black Wall Street. Then we wouldn't give a damn what White people think, do or say because we wouldn't need them as much as we need them now.

If one tenth of what this dude says is true, Black people must have a SLAVE GENE that bends and binds us to the will and the whim of White people as was the horse was to the cowboy. We're nothing but useful tools to be cultivated, honed and hewn to bring life to the dreams of people who are apparently much smarter than us.

There's no need to hurry and hide this. The people who want to hold us down would be thrilled to death if every Black person in the country saw this and believed it, because it would make their control over us all the easier to create and maintain.

I don't know why ANY bigot, poverty pimp, race hustler, Black or White, would not want Blacks to see and believe this stuff with all our hearts and soul, because they know it will convince us that we are helpless and could not survive past next Orange picking season without THEM.

And I wonder how this guy earns a living Not all of us can be psychiatrists, you know.